Arrived at our Seattle hotel around 11.30pm after a long sleepless night because I had forgotten that night flights seemed to be when most people travelled with little ones. Earplugs and ipods are wonderful inventions. Other than crying babies and several toddlers whingeing throughout the whole flight it was otherwise uneventful.

After checking in it was a race to see who could reach the shower first. Do you notice how energising a hot shower is after a long flight? Nothing better……

Ty thought he wouldn’t be able to sleep after his shower because he was now wide awake….hmmm, he dropped off pretty much after uttering those words! 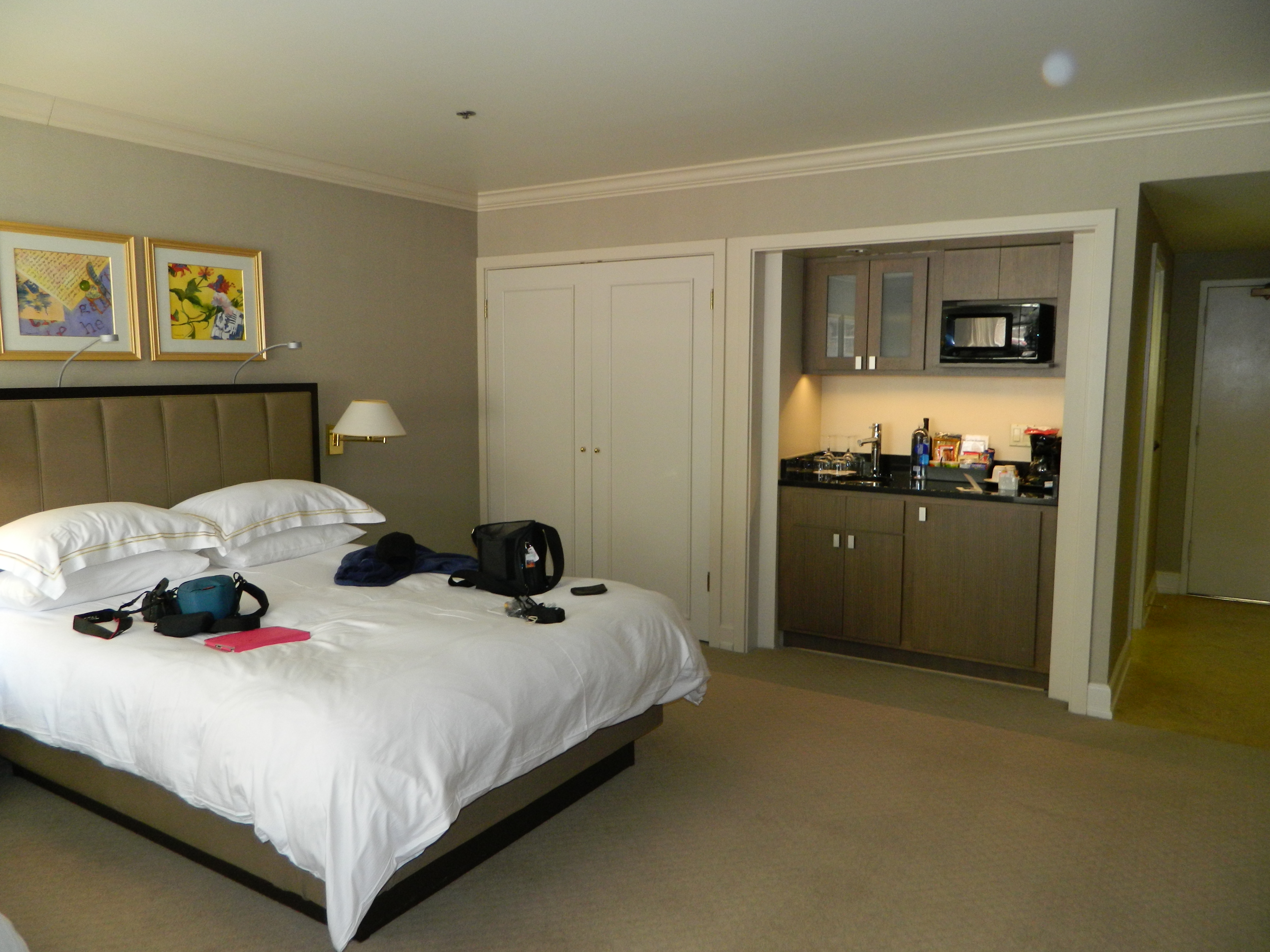 Woke with light filtering through the curtains, it was only 5.20am, closed my eyes and slept till 6.30, by 8am we had showered had breakfast and were walking out into the morning sun. The air was quite crisp at this hour but the snippets of sun we felt intermittently was very warm promising a good day for sightseeing.

First stop was Starbucks for coffee and then Pikes Place Markets. We were so early hardly any of the stalls were set up except for a couple of the flower sellers and one of the fish mongers. “Not much happening here, let’s walk” Ty said.

We wandered up the street to the shopping district. Monday is very quiet in Seattle!!!! Except for a number of homeless people and a few, what appeared to be, gang members. A little further down the road we saw two police cars with lights flashing and a rather large man sitting on the edge of the gutter naked…he obviously had a mental issue because it wasn’t hot enough to be sitting anywhere outside in the nude.

We headed down the road taking in the sights, clicking away on the camera here and there as tourists do. Love the streets in the US they are so wide. The monorail station appeared before us, “why not take a ride and see the sights from above” I said to Ty, thinking it might be like the Sydney monorail. We should have read up on it first…..it only went one stop and that was to the Space Needle, we both laughed. Oh well we wanted to see the Space Needle and we didn’t have anything else planned.

Thought about walking back but decided to take the monorail back to 5th Ave and then headed into Macy’s. Ty went to the mens floor and I headed to the lingerie floor…my underwear is so much cheaper here. The price in Aus is around $17 a pair and I paid $6.40 a pair today. I know you didn’t need to be told but it’s important to me so I felt it should be mentioned. Which brings me to the question, why are do we pay so much for our clothing in Australia?

After shopping we dropped by the hotel to empty the backpack and then headed to Pikes Market for lunch. As there was fresh seafood everywhere we decided to go to the Athenian, an old fashioned diner. We sat upstairs with views over Puget Sound, ordered fish and chips for two, a glass of riesling and a diet coke. You know who the diet coke was for, no need for further explanation!!!!

Our over lunch discussion centred around what to do next and the Duck Tour won on the day. So off we trotted up the hill and down the other side to the Duck Tour pick up point. It was $28 per person but apparently cheaper on line, so their brochure said. It was an interesting tour. Our Duck Captain was Duncan and as well as changing into various hats and trying to sing, he gave us snippets of information we might never hear otherwise.

Once the duck tour was over we decided to head to Miners Landing, it looked an interesting place as we passed it on the tour. I thought we should go left from the hotel (using it as a landmark) but Ty laughed and said ” no, we turn right and follow the water, you know your sense of direction is not good”! Hmmm, this was one time he got it wrong. After walking for quite some time it was time to stop, have a cold drink and consult the map. Funny about that but we had walked the wrong way and had to back track. Took another 20 minutes to reach the place.

It was now 7pm, we’d been walking for the best part of 7 hours, yes, I took out the lunch break and the 90 minute duck tour. Time to go back to the hotel for a relaxing bath and change for dinner. Our feet and, particularly, our knees would be extremely thankful for a rest. My feet and knees are crying out for a break.

We ended up at Planet Hollywood for dinner with Fajitas the order of the day also ordered Creme Brûlée but except for the crunchy top it was nothing like the creme brûlée I’m used too. It was now 10.30 pm. This had been a very busy day, we wouldn’t have any trouble sleeping tonight!!

Tomorrow we embark the cruise ship but we’ll be back to Seattle in 8 days so there will be a sequel.

1 thought on “Seattle – definitely not sleepless or legless.”